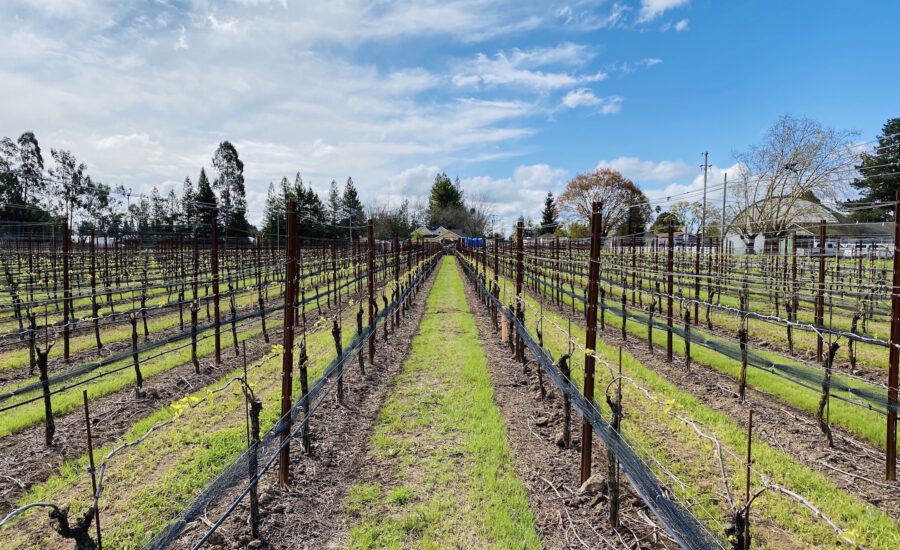 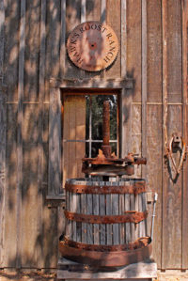 What began as a weed abatement program for Chuck and Gail Jones turned into one of our stellar vineyards. The couple first purchased a half-acre adjacent to what would become their nearly 8-acre property in West Sonoma County in 1968. “The place had an absentee owner. There were some unkempt zinfandel vines on that land but it appeared to be propagating more weeds and poison oak than wine vines,” Chuck recalls. Eventually building and living on their half acre, Gail grew weary of the eyesore next door. “I’m tired of looking at weeds. Let’s buy the place,” she declared in 1992.

They called the owner only to learn the property would be going on sale within days. They acted fast. Then, after denuding the vegetation, the couple began fulfilling a lifelong dream of farming, or rather, learning to farm. Their first plantings were pumpkins and cut flowers, followed by sheep. “Neither of us knew anything about farming grapes much less what rootstock was and what it should be for our particular growing area,” Chuck recalls. 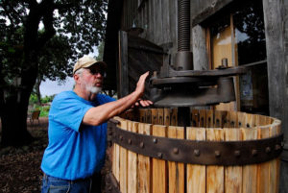 Since their “growing area was in the middle of the Russian River Valley winegrowing region, they soon sought and found seasoned practitioners, particularly in Jim Pratt, one of the area’s most respected vineyard managers. He analyzed the soil, finding it consisting of alluvial clay-loam with hardpan about 18 inches beneath the surface. Jim suggested a hearty rootstock and equally virulent clone, known for strength and boldness.

In 1998, more than 5,000 vines eventually were laid in east-west rows, calling for the sun-sides to flourish under protective leaf canopy while the shady side would require aggressive leaf plucking. “We’d go out and talk to each vine, treating them like each was a station of the cross,” Chuck recalls. “This is when we realized was kind of commitment this would take.”