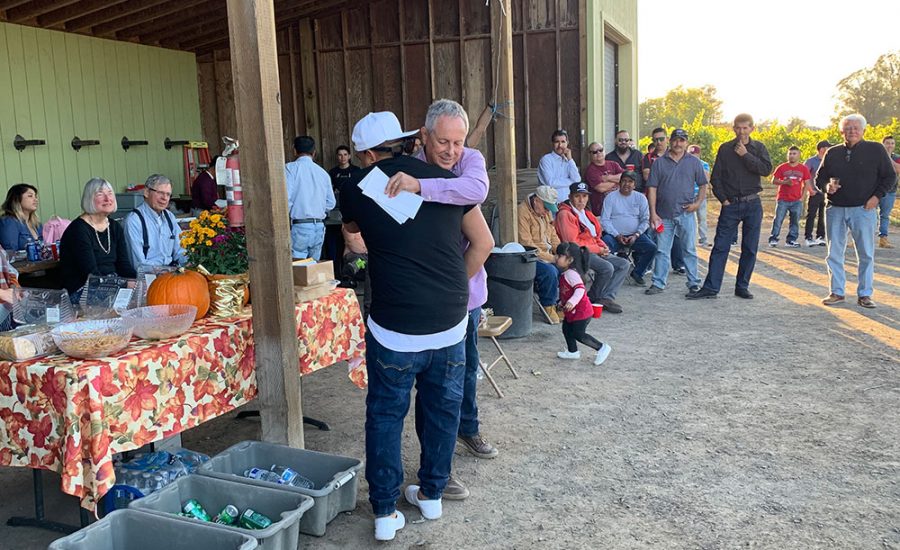 Have you ever known someone who is so constant, so unswerving in making this world a better place over the years that the governor should pin a medal on her or his vest?

Jim Pratt is a believer in just such heroes. In attending his harvest party last week, I noted that his event was focused on honoring these otherwise unsung heroes. Harvest heroes, in particular, namely the growers and workers of our vineyards. The event is a combination of family-taco-feasting/wine-tasting/harvest-celebrating/back-slapping, once-a-year conviviality that mixes and honors all class lines, income streams and skin colors to say “thank you” to those who toil with the soil to bring that bottle of prized artisanal wine to your dinner table or your very own special celebration.

Jim is one of the premier vineyard managers in West Sonoma County, known not just for his consistency of farming but for the long-term relationships he nurtures with his employees. Mostly Latinos, Jim not only pays his crew better than most, he values his folks in ways that go beyond denero. We began the party, held in mid-October when most of the grapes are picked but winemakers are still working until late punching down and pressing off the grapes that have now been harvested (I had to leave early to go back to the winery until late), with a toast to the growers.

Jim and Alquimista share a couple of different growers. There is Chuck Jones, grower of Hawk’s Roost Ranch Pinot noir. Chuck is the salt of the earth, having grown elementary school kids as an educator for almost 4 decades in addition to growing, along with Jim’s help, some of the finest Pinot on the planet. My wife and I having raised 6 kids of our own, we hold Chuck as not only a great grower but a pillar of the community who helps to shape our children. His day-in, day-out, year-after-year consistency and dedication to making our world a better place, one child at a time, should have his chest covered with a sheet of hardware worthy of a 4-star general. Chuck is one of my heroes, harvest or no.

I’d like to add in here another lifetime educator, John Bazzano. His and Phyllis’ Lorenzo Chardonnay vineyard is one of the oldest in the Russian River Valley and for some time now one of the more heralded. I have to add that Chuck and John would not be where they are without their wives, btw, and must be mentioned in the same breath. Though John does his own farming, I have to shout him out him here in this mostly Jim-centric missive as he is cut of the same cloth as Chuck – selflessly giving to the next generation(s) of our community for decades and decades, going about his work to make Sonoma County a better place without fanfare or ceremony. Perhaps this is the true definition of “Hero” – no thought to your own accolades but doing so much good for so many in such a quiet way.

So Jim first gave a huzzah and a toast to our growers. Next he highlighted his crew members, calling each and everyone forward to stand alongside of him for pictures AND the bonus checks. These peeps were the real stars of the evening, these unsung men and women who bend their backs to hard tasks, almost as Sisyphus bent his back endlessly with no cheese at the end of the tunnel, or up the hill, as it were. These folks never get the accolades deserved for their role in making the world a better place, one bottle at a time while they raise their families with a demonstrated strong work ethic that will also make our world a better place when their children grow up to be the shared future of our country. We clapped and whistled for Jesus, Mundo, Llordes, Victor and all of the guys and gals upon which we so heavily depend for the quality of our grapes. These folks bust their butts for us and do so with such a good heart that their ethos alone will make the wine better. There is no such thing as an unimportant task in winegrowing, and what they do in shaping the vines and carefully harvesting the fruit is critical to my winegrowing world.

Perhaps someone should pin a medal on Jim Pratt’s chest – thanks, Jim, for honoring these heroes of harvest and being the person you are. We wine lovers are enriched by and need you, the growers, the piscadores of our Sonoma County. Our own Harvest Heroes. 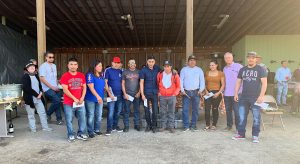 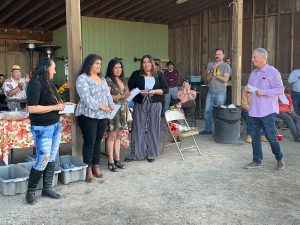