A Perilous Spring Among the Vines 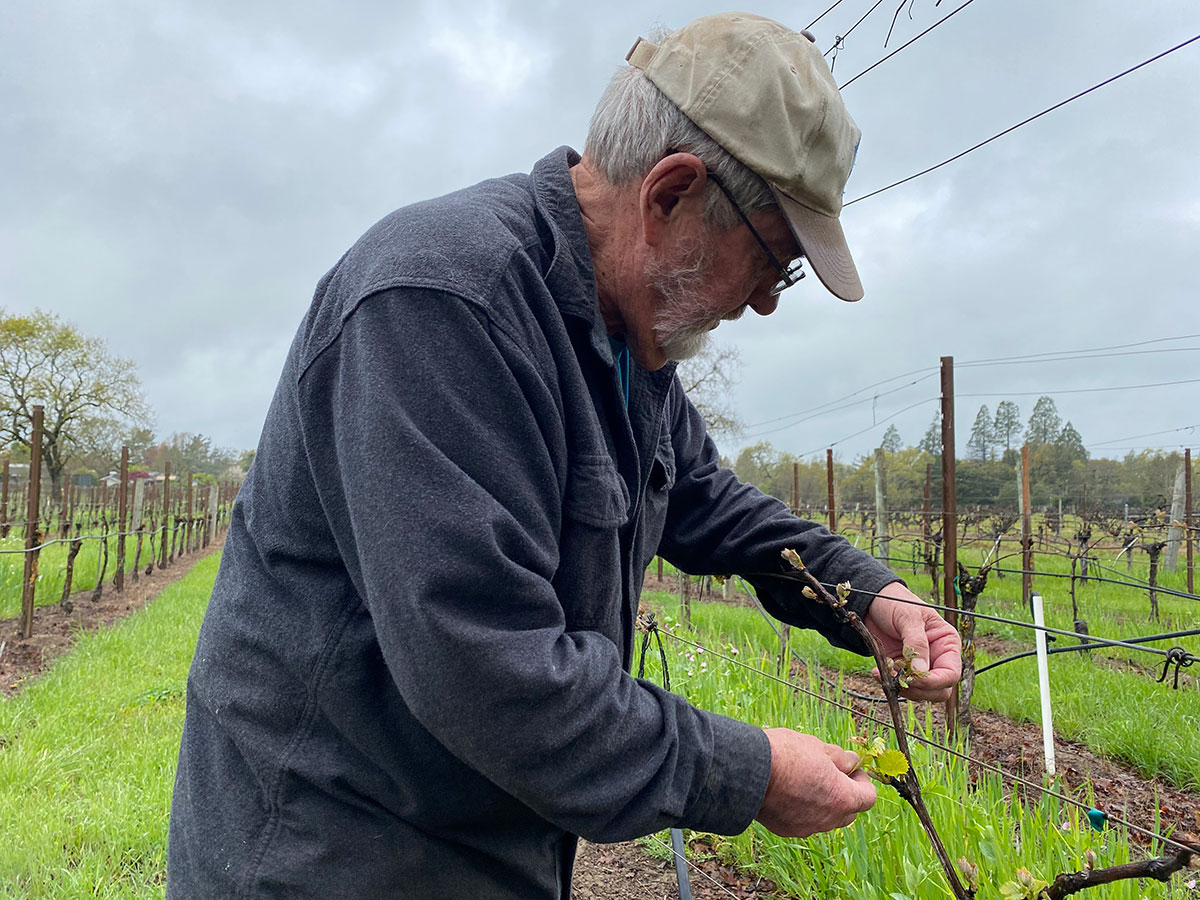 Surrounded as we are by uncertainty, our instinct for self-protection tells us to look for what is predicable and dependable. I count myself among the lucky ones in that I am an agriculturist and my work has been deemed “essential” by the powers-that-be, so I am in the vineyards and winery as an AG producer on a daily basis, working to make the agricultural product called “wine” for all. This is my certainty. The vines are now budding out and growing like gangbusters, heedless of the chaos around them and reaching for the skies, requiring our undivided attention to their efforts.

But grapevines have challenges of their own these days, the primary one being frost damage after early bud break, damaging many of the tender young shoots that have come out too early due to a dry, warm late winter and early spring. What makes matters worse for our growers is that overhead sprinklers among the vine rows for water are no longer a viable option for frost protection, due to a shortage of water in our streams and ponds.

How does sprinkling water on grapevines reduce frost damage? Water has latent heat when it is converted from a liquid to a solid (ice) and gives up that heat to its surrounding environment (young buds) when conditions are freezing. Furthermore, when it gets even colder, a capsule of ice can protect tender green tissues from deeper damage, sort of how an igloo, though made of ice and snow, can protect its inhabitants from even harsher weather outside.

So how do we protect our young shoots from freezing weather without the use of sprinklers when early bud break exposes the vines to regular March freezes? Smudge pots, the heating devices that have been pictured in older movies about vineyard life and that many may have seen up to the late 1980s, are expensive, dirty (mostly now illegal due to air regulations) and relatively less effective than other means. Wind machines, giant propeller blades that stir the cold air and can protect buds down to the very high 20s, are mostly now employed. Cold air is like water – it flows down to the lowest point and settles there. Wind machines can stir that air up and bring down warmer air, including inversion-layered air, so that the vines do not experience the damage from heat loss due to radiative frost.

The goal is not only to protect the photosynthetic machines (leaves) that will ripen our fruit this year, but to protect the fruit itself this year and the buds forming now that will produce fruit next year. The danger is that this recent frost could bring a double whammy; damaging clusters for this year and destroying entire buds that contain next year’s crop.

The other morning, I awoke at 4:30 a.m. to the cacophony of these wind machines, sounding somewhat like a helicopter that doesn’t move away, vibrating through my neighbor vineyards. After fixing steel-cut oatmeal laced with the last (relatively – still good for cooking as they are wrinkled but sound) fresh apples of our trees from last year, I headed out to the vineyards to have a look for myself.

I did see growers out there, checking buds and making sure each wind machine was operating properly. Our mutual concern was palpable. A few hours later in the day, the damage was apparent, with crisped young leaves that would turn black in the next day or two, hopefully haven given their all so that the inner unfolding buds that hold this year’s crop will not have been frozen, as well. In one meeting with a grower, I pulled a bottle of Chardonnay from my truck and a couple of glasses, and we toasted to better times, and to our lifestyle which is fraught with uncertainty with each frost season. It was a brave act of not defiance but of acceptance of all that the land gives us.

For us all of us in these uncertain times we farmers endure another layer. It is called weather. But none of us Aggies would swap it for a minute with a Wall Street trader. We are The Land. We ARE the soil. Come hell (fires) or high water (or the lack thereof), we are Sonoma County Strong. And we will continue making wine for you and your family, to celebrate what is good and right and worth celebrating in our lives.
Support the dirt,
Greg La Follette